Top advisor to Assad tells Russian media that the opposition has not yet made clear its intent to engage in talks, SANA reports 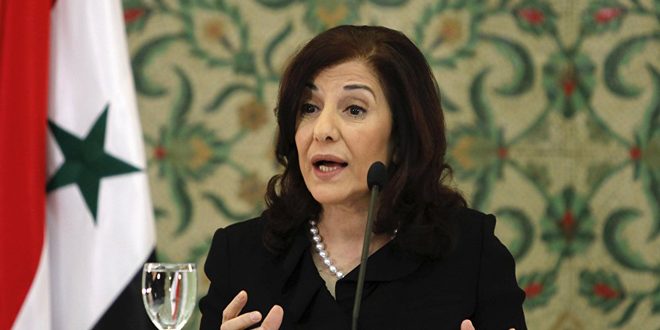 Presidential political and media advisor Bouthaina Shaaban said that the Syrian government is ready to hold dialogue with any party that believes in a political solution to the crisis in Syria.

Commenting on the upcoming Syrian National Dialogue Congress in Sochi, Shaaban told the Russian agency Sputnik: “The success of the congress is based on making the armed groups realize that it is time to stop violence, hand their arms over and engage in a national dialogue that will lead to a comprehensive settlement of all issues related to the current crisis.”

She added that Syria is adopting a constructive and practical approach with a belief in partnership, political dialogue and the common destiny of all the segments of the Syrian people.

“We are ready to hold dialogue with those who believe in the political solution to the crisis and the responsibility of the other side,” Shaaban said, adding that it was not yet clear whether the “opposition” had the desire or ability to participate in a political process.