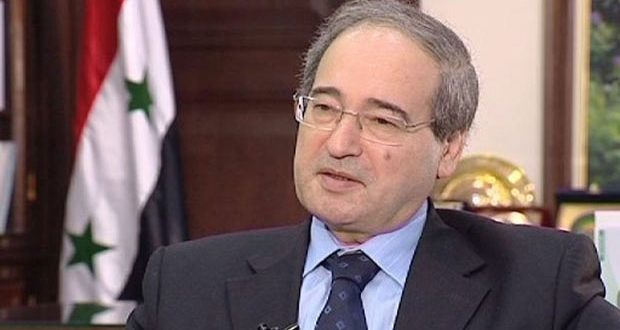 Deputy Foreign Minister Faysal Mikdad noted the importance of the recent statement issued by presidents Bashar al-Assad and Vladimir Putin in Sochi, explaining that it “deals with issues of combating terrorism and the bases set to accomplish the political process.”

In a television interview on Wednesday, Mikdad spoke on the role of the United Nations in the future political process in Syria, saying: “We support the role of the U.N. [when] it respects its charter, which embodies the sovereignty and the independence of the states and the non-interference in their internal affairs,” adding that “when the U.N. practices its role on these bases we welcome it.”

“The committee to discuss [the Syrian] constitution during the coming National Dialogue Congress in Sochi doesn’t have an official nature,” he said, explaining the method would involve a brainstorming process according to the laws in force.

He clarified that the battle against terrorism has almost reached its end, adding that remnants of the Nusra Front, Islamic State (ISIS) and affiliated terrorists will naturally decline.

Mikdad also called upon states to withdraw from the illegal U.S.-led coalition, meanwhile urging the United States to stop its operations and remove its forces from Syrian territory.