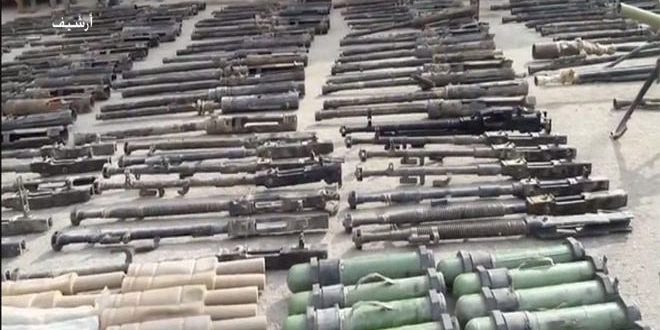 Syrian army units seized large stockpiles of weapons and munitions while combing the areas of Al-Ashara, Sbeikhan and Al-Salyhia in the southeastern countryside of Deir-ez-Zor, areas recently liberated from Islamic State (ISIS) terrorists.

A field commander said that the weapons, some of which were U.S.-made, were remnants of ISIS and included hundreds of types missiles, ammunition and other weapons made by several European and Western countries.

Among the uncovered weapons were heavy cannons, rocket launchers and booby-trapped vehicles, according to the commander.