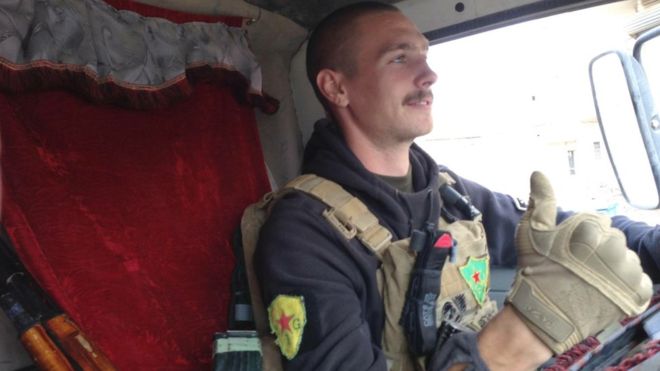 The Kurdish People's Protection Units (YPG) has revealed that a foreign fighter in their ranks was killed in the city of Raqqa during demining operations in the city.

In an official statement, the YPG press office said the fighter, Oliver Hall, was killed on Nov. 25 when he was trying to defuse a mine in the city.

The YPG said that Hall, a British citizen, had joined the YPG-led Syrian Democratic Forces (SDF).

Meanwhile, residents of the neighborhood of Al-Tayyar, west of the city of Raqqa, have begun to return to their homes after the city was cleared of mines by the SDF. Al-Tayyar is the second district which the SDF has allowed the return of civilians.