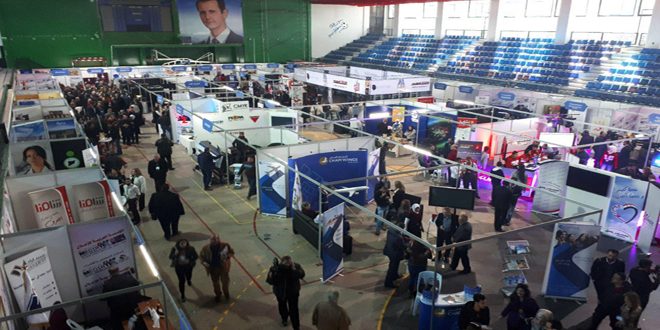 Meidatex 2017 advertising and media exhibition began on Tuesday at the Al-Jalaa Stadium in Damascus with the participation of 70 industry representative bodies.

The three-day expo, which is organized by the Arab Advertising Establishment, aims at linking printed, visual and audio media with the advertising market, in addition to keeping up with the latest industry developments.

In a press statement, Information Minister Mohamad Ramez Tourjman said that media and advertising support each other and form a link between economic and productive sectors and various activities.

He said that the exhibition is proof of Syria’s ability to survive, advance and build after seven years of war, adding that the event will be held on regular basis.

Tourjman also said that the ministry is open to licensing radio and television stations and newspapers to keep up with the reconstruction process.