Move comes in the context of larger deal calling for the expulsion of thousands of fighters to the Syrian desert, Zaman al-Wasl reports 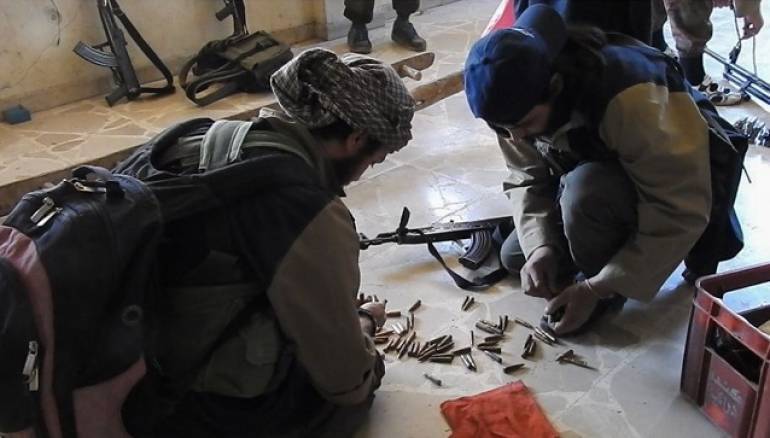 Syrian regime forces have evacuated 11 Islamic State (ISIS) fighters, including senior commanders, from their final remaining stronghold in the southern suburbs of Damascus, a source told Zaman al-Wasl on Tuesday.

The jihadist fighters left the district of Al-Hajar al-Aswad to an unknown destination, according to the source.

In June, United Nations and Assad regime delegates met with ISIS commanders south of the capital to seal an agreement allowing fighters to leave toward the Syrian desert, where ISIS still controls pockets of land in eastern Homs and the Badiya region.

The long-awaited deal is expected to see the expulsion of 2,000 ISIS fighters from the Palestinian Yarmouk Camp and Al-Hajar al-Aswad areas.