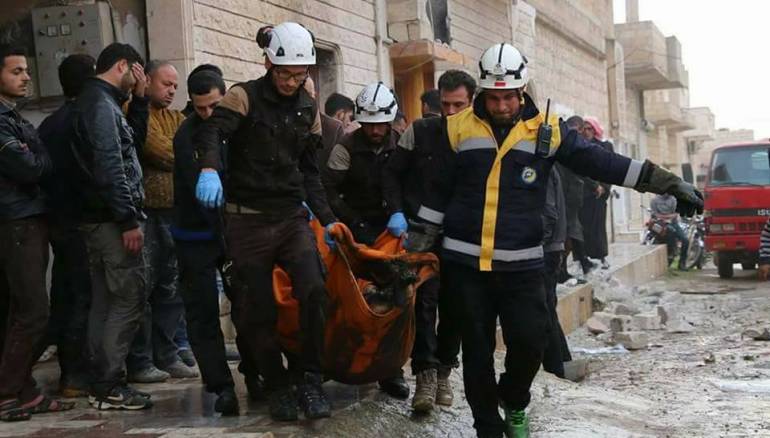 At least six women and four children were killed in regime airstrikes which targeted the southern countryside of Idleb province, local media said on Sunday.

The deadly strikes on the town of Maarat al-Numan came as regime forces entered parts of opposition-held Idleb, one of four “de-escalation” zones which foreign powers, including Turkey, Iran and Russia, agreed to establish after years of civil war.

The Syrian Observatory for Human Rights said that the regime's forces had taken over Tal al-Khanazir after fierce fighting and air raids.

The regime army and allied militias backed by Russian air power have made gains in northeastern Syria, stepping up a military campaign against Hay’at Tahrir al-Sham in a push toward its stronghold of Idleb.

For the past two weeks, dozens of Russian airstrikes have hit opposition-held villages and towns in the southern part of Idleb province and the northeastern Hama countryside.