The U.S. blocked a U.N. resolution calling for the withdrawal of Washington's recognition of the city as Israel's capital 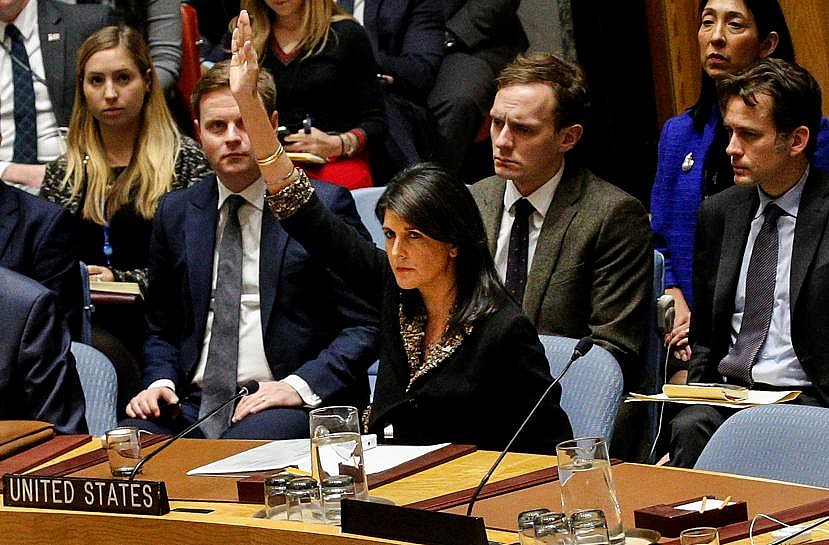 Syria has condemned America’s use of veto power against the United Nations Security Council draft resolution on the status of Jerusalem.

An official source at Syria’s Foreign Ministry on Tuesday said the U.S. stance reaffirms that Washington disregards international law and flagrantly violates resolutions of the U.N. Security Council and all international circles on the legal status of Jerusalem.

By vetoing the draft resolution on Jerusalem, the U.S. stresses its unwavering support to the racist Zionist entity and its hostility to the Arab nation, the ministry source explained.

Through such stances, it said, America continues to ignore the [U.N.’s] legitimacy and its resolutions which are aimed at affecting international peace and security, instead contributing to global tension with the aim of imposing its hegemony and arrogance.

Now more than ever, the source said, we need to see the formation of a new global system to put an end to the reckless policies of successive U.S. administrations.

The source called on all Arab governments which are subjugated to U.S. policies to correct their stances and adopt strategies which fulfill the aspirations of their peoples and match the supreme interests of the Arab nation.