Diplomat praises alliance between Iran, Syria and Lebanese militia Hezbollah, during a film screening near the capital 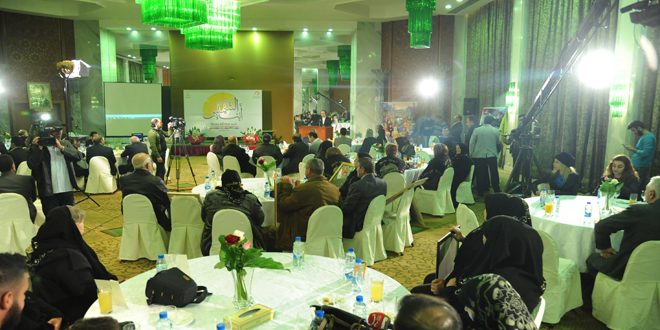 The main role of the Axis of Resistance is to confront Zionist conspiracies and schemes against the Arab and Islamic nations, Iranian Ambassador to Syria Javad Turk-Abadi said during a film screening outside Damascus on Tuesday.

Syria’s victory over terrorism is a victory for the axis, the Iranian diplomat said, hailing the wisdom and bravery of the Syrian leadership.

The ambassador stressed that unity and solidarity are the only way to face divisions and separation.

The screening included two films, the first of which was “Jerusalem Monk,” which focuses on the Palestinian cause, eradicating the Israeli entity, and the liberation of Palestine.

The second film, “Sons of the Sun,” looks at the supreme principles and morals of Supreme Leader Ayatollah Ali Khamenei.