New play directed by Ghassan Massoud shows the experiences and disappointments of Syrians as a result of the war, SANA reports 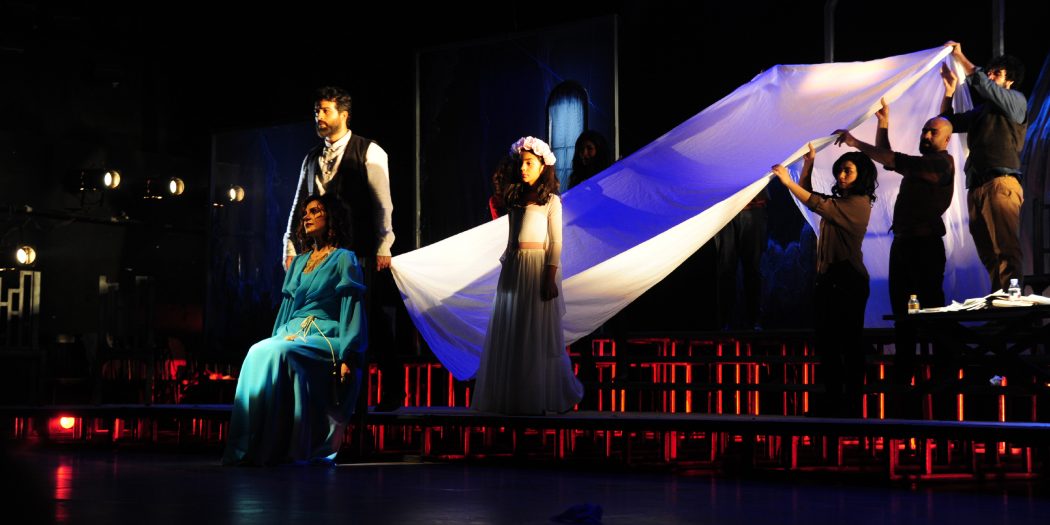 The Al-Hamra Theater in Damascus is now hosting the play “Just Like a Theater,” a story written by Lotus Massoud and directed by her father, actor Ghassan Massoud.

The story is centered around a band, led by the musician Leila who recalls her love with a pianist.

The new play presents radical differences within the social spectrum during the war waged against Syria, revealing the experiences of Syrians and their disappointments away from any bias.