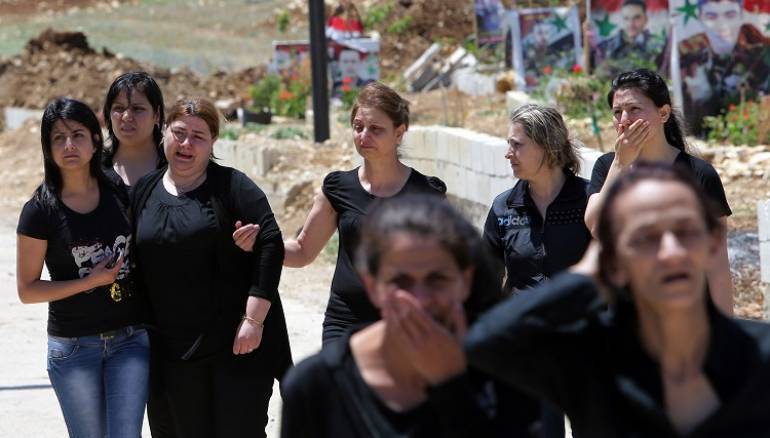 At least 24 regime troops from the province of Tartous were killed in the last two weeks by the Islamic State (ISIS) and rebel groups, according to pro-regime news feeds.

Five troops were killed on New Year’s Eve in the town of Harasta as rebels surrounded the strategic Al-Morakabat base.

According to a new estimate by the Syrian Observatory for Human Rights monitor, more than 119,000 pro-regime forces have been killed during the course of the war, including 62,000 Syrian troops, tens of thousands of loyalist fighters, and 1,556 fighters from Hezbollah.

The mainly Alawite coastal region is a main supplier of manpower for Bashar al-Assad’s regime, where posters mourning the fallen have been sweeping the streets of the province.