Head of the regime's infamous prison oversaw the torture and execution of prisoners since 2013, Zaman al-Wasl writes 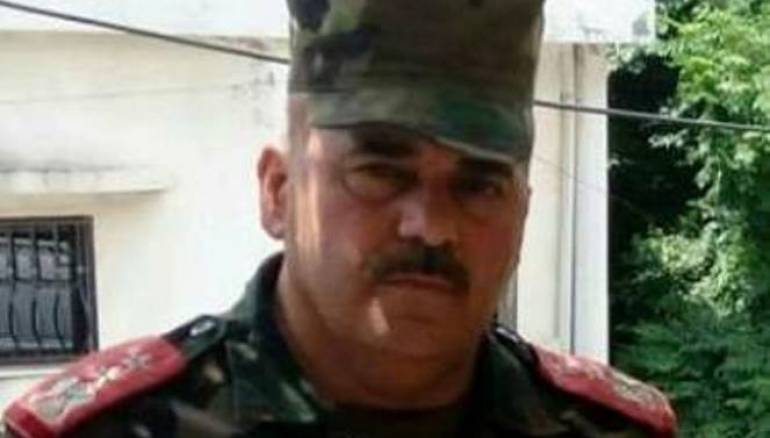 Brig. Gen. Mahmoud Ahmad Maatouq died on Friday in a day that will be engraved in the memory of many of his victims. Maatouq, who was known as the “Butcher of Sednaya,” was buried in his village of Vidu, south of Lattakia on the same day.

Well-informed sources confirmed to Zaman al-Wasl that Maatouq died of a heart attack on Friday. Some of his supporters have attempted to depict him as a "martyr hero" who died while on "duty," suggesting that he was in fact killed on the battlefield. The Assad regime and its supporters have tried to conceal the true cause of the death in an effort to preserve the reputation of the regime and the prison he served.

Sednaya Prison had a horrifying reputation even prior to the outbreak of the Syrian revolution, where torture and executions were reported to have been regularly carried out. The facility was also considered as a “university” for extremism, where many prisoners were recruited by religious fanatics.

The prison's brutal image was further reinforced after the revolution broke out. The facility north of Damascus became the source of the unbelievable horror stories, including the gory torture of detainees and the smell of burning bodies.

Many of the violations committed at Sednaya, as well as their details, remain hidden. A number of media organizations, as well as human rights groups, have tried and failed to uncover what has taken place inside Sednaya’s walls.

Maatouq was the second director of Saydnaya Prison. His predecessor, Brig. Gen. Talat Mahfouz, was killed in a Free Syrian Army ambush in 2013 on the road leading to the prison.