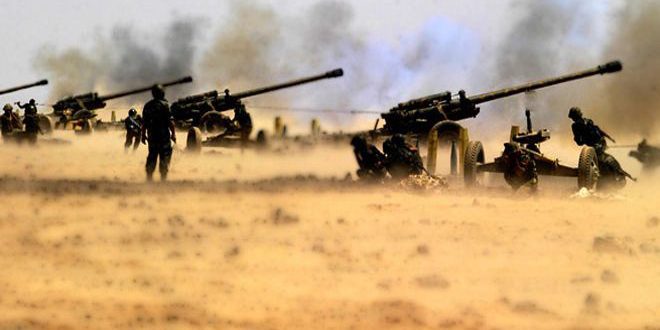 Syria’s army has restored its control over 90 villages and towns in the southeastern countryside of Idleb after inflicting heavy losses on terrorist organizations in the area.

Speaking to SANA, field commanders said that more than 1,000 sq km of villages have been cleared of terrorism in the areas of Sinjar, Al-Tamaniah and Abu al-Duhur, adding that the recapture of those villages will pave the way for the army to implement military operations against the Nusra Front and other terrorist groups in Maarrat al-Numan and Saraqeb. The two towns constitute the terrorist groups’ second line of defense toward the city of Idleb.

“This advance is a severe blow to the terrorist organizations because it has separated the areas of their spread and formed a tight circle around their dens in more than 150 villages in the area of the administrative borders between Hama, Aleppo and Idleb provinces,” the commanders added.

The military achievement, according to the commanders, will contribute to opening the road parallel to the Athrya-Khanasir road in the direction of Aleppo, and the road connecting Tal al-Dhaman and Abu al-Duhur.