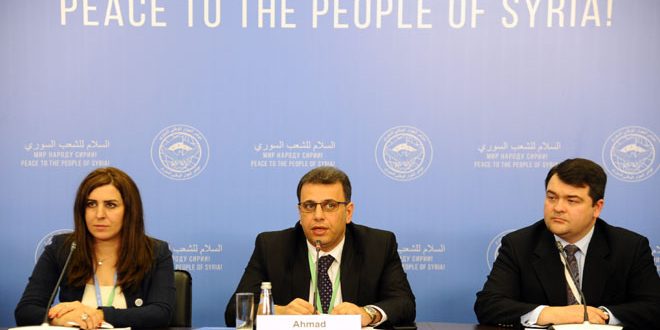 Syrian MP Ahmad al-Kuzbari has stressed that the constitutional committee formed during the Syrian National Dialogue Congress will only discuss the current constitution, explaining that it is not the committee’s task to draft a new one.

“The members of this committee will sit together to discuss whether there are points in need of any reforms, amendments or additions, and then they will submit these proposals later to the chairmanship of the Congress,” Kuzbari said in a press conference in Sochi on Tuesday.

Kuzbari said that any amendments to the current constitution should be made either by forming a parliamentary committee or by a presidential decree, adding that the outcomes of any such committee’s work is subject to a popular referendum.

The MP said that “nothing will happen unless under the provisions of the current constitution, which the people voted on in 2012, i.e., the constitution will be drafted by the Syrians only and on Syrian soil.”

He added that all topics are up for discussion during the Congress, but there are red lines linked to the national constants, and that only the Syrian people have the right to choose the form of the state and government, saying that “what the Syrian people want is what matters the most, not what others say.”