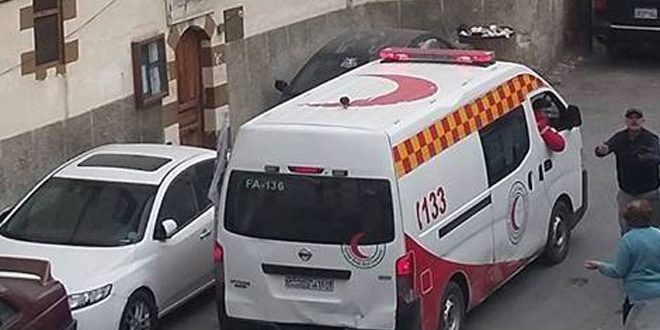 Shelling by armed groups in the Damascus countryside has resulted in the deaths of five civilians, including two children, and the wounding of many others.

Armed groups fired a number of mortar rounds on the neighborhood of Bab Touma, killing three and wounding eight others, a local police source said.

The attack also caused damage to houses, shops and cars in the targeted area.

The source added that a number of citizens were also injured in another rocket attack by armed groups on the neighborhood of Sheikh Saad in the Mazzeh area.

A Damascus countryside police source told SANA that two children were killed and five civilians were wounded when a mortar shell landed in the city of Jaramana.

Nine other shells fired on residential suburbs of Jaramana and Harasta caused damage to property, the source added.

The Syrian army responded to the attacks by targeting the Eastern Ghouta areas from where the shells were launched, inflicting heavy losses upon the culprits and destroying a number of their mortar launchers.