Sources claims rifts have emerged within the Sunni alliance after the ousting of the group's military leader, Al-Etihad reports 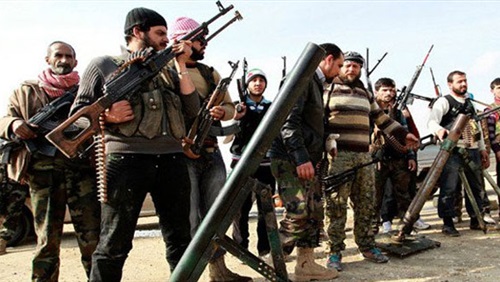 A state of tension has entered the leadership of Faylaq al-Sham after a decision to depose one of the group’s main commanders, Maj. Yasser Abdel Raheem.

According to sources, the divisions within the group, which is the military wing of the Muslim Brotherhood in Syria, followed the ousting of Abdel Raheem from his position. Abdel Raheem is said to have rejected the decision and demanded his full rights, pushing leaders of the faction to threaten him to leave the post peacefully or they would have to expel him by force.

These disputes were followed by an assassination attempt on Abdel Raheem, who later took to Twitter to reassure his supporters, writing: “Thank God, I am well and I thank all those calling to check on my health, and I vow before God and this revolutionary people to continue on the path of every honorable free person and martyr.”

According to these sources, it has become clear that Faylaq al-Sham was the faction which delivered the body of the Russian pilot who was recently shot down to Turkey. However, this was done with the knowledge and blessing of the Nusra Front, and not as it was claimed through stealing the corpse from other rebel groups.

Nusra Front-affiliated media published on Feb. 6 statements attributed to a Nusra “security source” commenting on the delivery of the body of the Russian pilot, Roman Filipov, who died when his plane was shot down in the Syrian province of Idleb two days earlier.

The source claimed that Nusra had shot down the Russian warplane, despite a number of factions claiming responsibility for the operation. The source added that “the corpse was stolen by one of the rebel groups,” adding that Nusra had attempted to stop them but the rebels fled, followed by the announcement of the delivery to the Russians on Tuesday.

The source went on to say that Nusra would pursue “those involved in this heinous act from the noted group and send them to the Sharia court, and we will issue a statement with full details of the incident soon.”