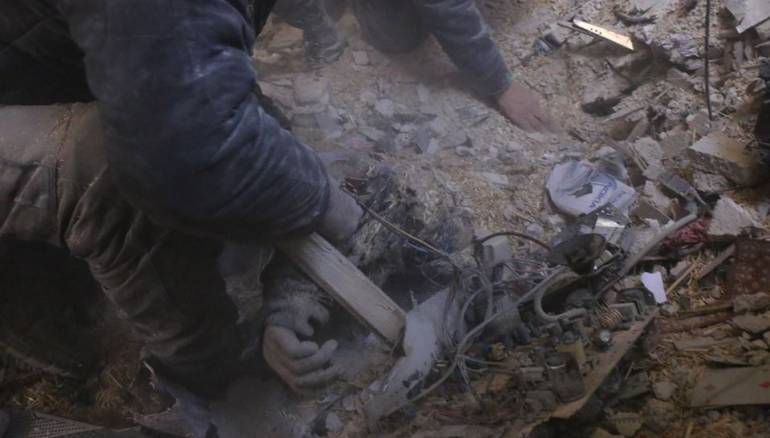 More than 100 people were killed and over 400 others wounded in the Assad regime’s major offensive on the Eastern Ghouta suburbs on Monday, a war monitor reported.

"The regime is bombing Eastern Ghouta to pave the way for a ground offensive," Observatory head Rami Abdel-Rahman said.