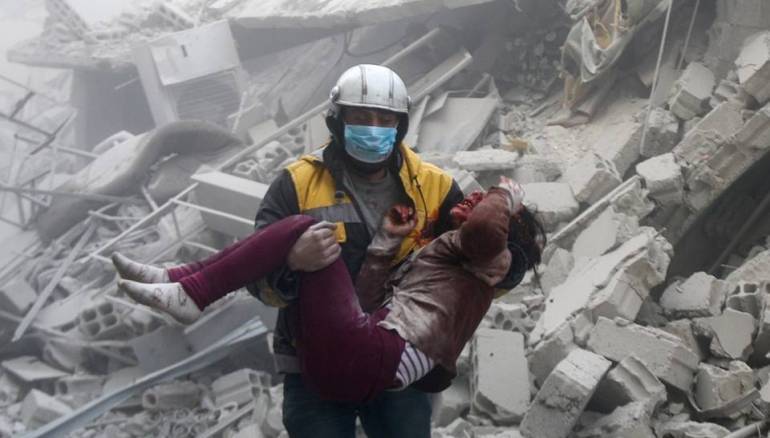 Russia supplied Assad regime forces with urgent shipments of weapons and missiles a day before the Syrian government launched an all-out offensive to seize the Eastern Ghouta enclave of Damascus, informed sources reported.

Sources told Zaman al-Wasl that military vehicles loaded with weapons, shells and missiles reached the military airports of Al-Dumayr, Sayqal (known as Al-Seen), Khalkhalah and Al-Nasiriyah on Saturday coming from Tartous airport. Most of ammunition and weapons were delivered to Al-Dumayr military airport.

The shipments included high explosive fragmentation bombs which had been used against civilians in the Ghouta, as well as cluster bombs and phosphorus bombs.

Meanwhile, rebels have clung on to the Eastern Ghouta district.

Rebel control is now divided between Jaysh al-Islam (Army of Islam) and Faylaq al-Rahman, both of which have pledged to mount a fierce defense against a regime assault.