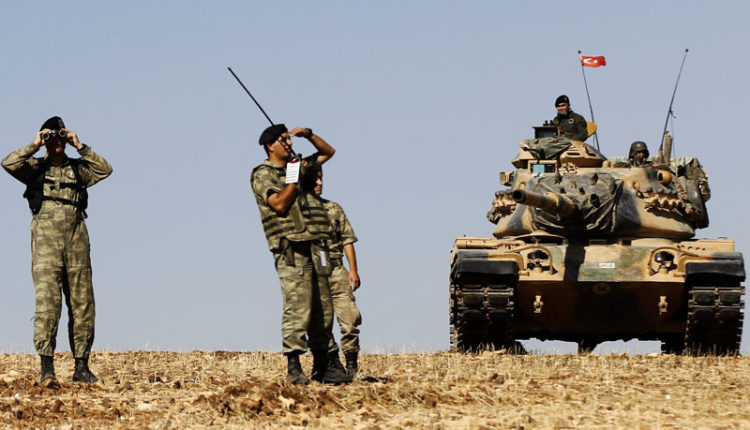 1. SANA, the regime’s official news agency, reported that Deputy Foreign Minister Fayssal Mikdad met with his Iraqi counterpart Nizar al-Khairallah to discuss the latest bilateral, regional and international political developments. During the meeting, Mikdad said that both Iraq and Syria are fighting the same battle against terrorism, highlighting the need for continued coordination between both sides.

2. SANA also reported that “the Turkish forces and its mercenaries” had escalated their “continuous aggression” against Afrin in the northern Aleppo countryside, in violation of the most recent United Nations Security Council resolution calling for a 30-day cease-fire across Syria. Large numbers of locals have left their homes and villages to escape the Turkish-led aggression, as considerable destruction was caused to homes and agricultural land due to the assault on the villages in the western countryside of Afrin area, according to sources.

3. According to opposition website Zaman al-Wasl, a Syrian Islamist alliance announced the commander-in-chief of Hay’at Tahrir al-Sham and three of its senior commanders are wanted on various charges including incitement and participation in the killing of Syrians. Abu Mohamad al-Golani is also the head of Jabhat Fatah al-Sham faction, which was previously known as the Nusra Front before renouncing its ties to Al-Qaeda. The alliance, known as the Islamic Liberation Front, was formed on Feb. 18 by Ahrar al-Sham and Nur al-Din al-Zenki movement. Both groups are key rivals of HTS.

4. The Al-Hal al-Souri opposition website reported that the Assad regime on Saturday carried out a campaign of arrests in the western countryside of Deir-ez-Zor with the aim of forcibly recruiting residents into its forces. A source said that the campaign of arrests included "even those exempted from compulsory service for health reasons.”