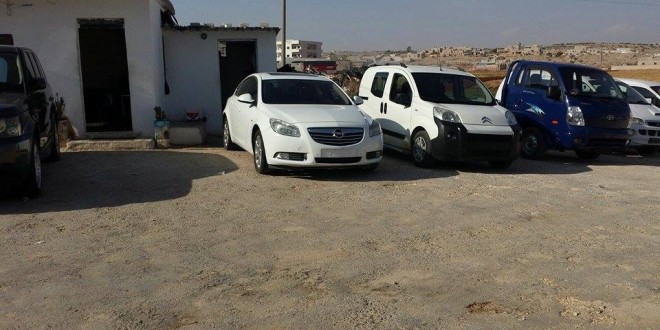 The Self-Administration's interior office in Hassakeh city issued a decision forbidding buying any equipment or vehicles from outside its zones of control in order to preserve security and stability in public life.

According to the office's decision, “buying and then importing any vehicle to the region, whether for personal use or with the aim to sell it, is forbidden in any form.”

It called on all those who had bought vehicles more than two months ago to inspect them from a security perspective, and to inform the relevant authorities if any strange objects are noticed.

The agency said that its decision came as a result of security conditions and the state of war which the regions of northern Syria are undergoing, preserving security and stability in public life, saying that the decision will be implemented in March.

In recent years, the Self-Administration areas have witnessed the trade of used European cars brought in through Turkey, and these cars are known as entry vehicles in the area.