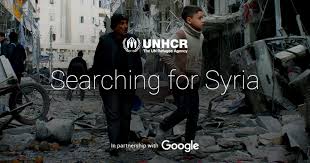 The Foreign Ministry said that the British resolution at the United Nations Human Rights Council (UNHRC) on the situation in the Ghouta sends message of support to terrorists who violate human rights in Syria, encouraging them to continue committing crimes.

An official source at the ministry told SANA on Tuesday that Britain, on behalf of a number of states hostile toward Syria, submitted draft resolution at the UNHCR on the situation in Eastern Ghouta, in a new step showing the blatant politicization of human rights issues.

The source said that despite the pressure exerted by the countries that submitted the draft resolution they failed to pass it, as 18 UNHRC member states rejected this biased, selective resolution that employs double standards in dealing with human rights, either voting against it or abstaining, which shows the division at the UNHRC in particular and the U.N. in general regarding the situation in Eastern Ghouta.

The source said that this resolution sends a message of support to terrorists in the Eastern Ghouta, encouraging them to continue targeting civilians in Damascus and its countryside and to keep holding civilians in the Ghouta hostage to use them as human shields, crimes which violate United Nations Security Council Resolution 2401.