Opposition fighters are thought to be planning an offensive on strategic towns in Syria's south to relieve pressure on the Eastern Ghouta, according to Al-Hal 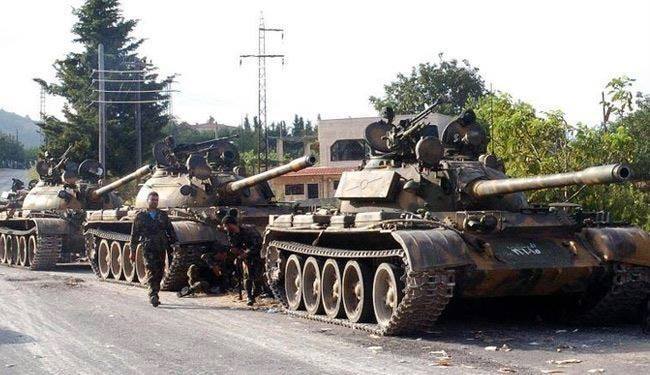 The regime has sent military reinforcements to the villages in Daraa province's east, in anticipation of any attack by opposition forces.

"Military reinforcements, consisting of troops and military vehicles, arrived yesterday evening in the towns of Qarfa, Namer and Khazra Ghazala, close to the international highway,” an opposition activist said.

“The regime's forces reinforced their presence in these towns in anticipation of any attack by the opposition factions," added activist Abdullah al-Hariri, “with the aim of easing the pressure on the Eastern Ghouta."

Hariri pointed out that "these towns are considered strategic for the regime forces, because of their geographic positions on the Damascus-Daraa Highway, which is the regime forces' only supply line in the city of Daraa."

All fronts between the forces of the regime and the opposition in Daraa province have been completely calm since the U.S.-Russian de-escalation agreement was signed on July 9 last year, enacting a comprehensive cease-fire in the southern region of Syria.