Russia's U.N. envoy complains that civilians are being prevented from using humanitarian corridors by militant groups in the Ghouta, SANA reports 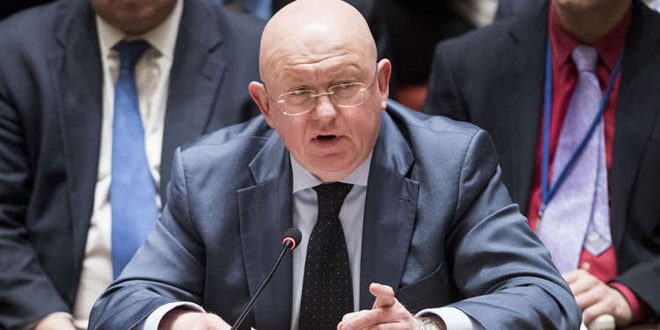 Russia’s ambassador to the United Nations, Vasily Nebenzia, said the Syrian government has the right to defend the security of its citizens and to combat terrorist organizations.

During a session of the U.N. Security Council on the situation in Syria held Monday, Nebenzia said that humanitarian corridors had been opened to evacuate civilians from the Ghouta area in the Damascus countryside and to bring in humanitarian aid, “yet the terrorists bombarded these corridors.”

Nebenzia said Russia has information that operations are underway to accuse the Syrian government of launching a chemical attack in the Ghouta, adding that the army's assault is being conducted in line with UN Security Council Resolution 2401.