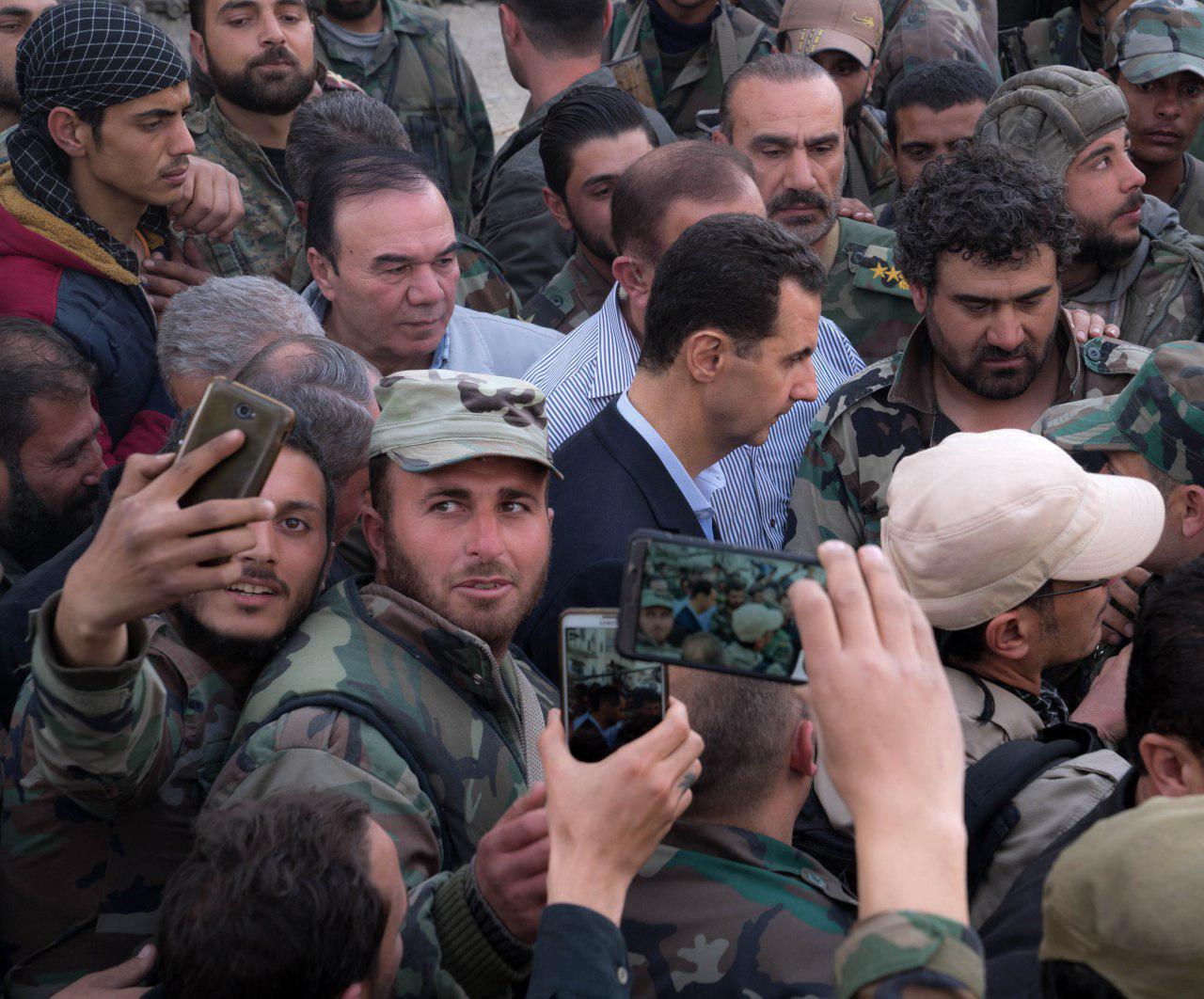 Syria's official news agency SANA reported that Bashar al-Assad visited his troops in the Eastern Ghouta. The news agency did not give any details regarding the exact venue or the time of the visit

Assad's forces have led a brutal campaign against citizens in the Eastern Ghouta after years of siege.

The latest campaign has caused the death of over 1,000 civilians, according to the United Nations and Syrian human rights groups.