Scenes of desperate people displaced from the Ghouta have shocked Syrians all over the country, Zaman al-Wasl reports 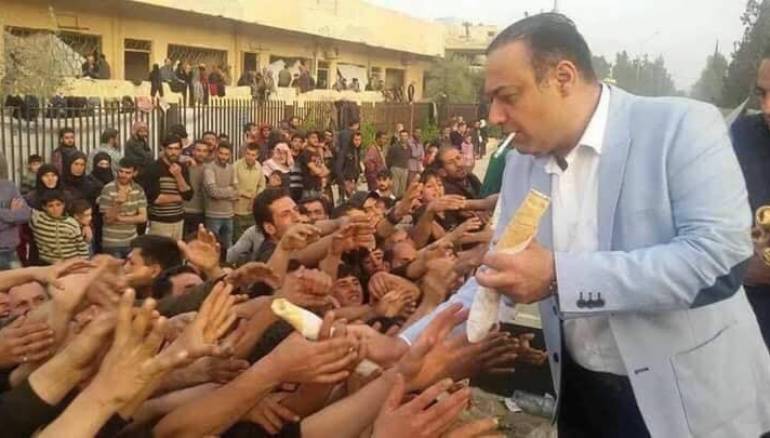 A newly taken photo near the Eastern Ghouta suburbs has recalled days of feudalism and enslavement, showing regime officials and pro-Assad warlords distributing sandwiches and water to the evacuees from the stricken district.

Syrian activists, including pro-regime ones, have dubbed the picture "Syria's most disgusting photo," condemning the way people have been treated. The photo may illustrates a state of anger over how people of the same blood and soil are dealt with.

The photo was taken in Adra town, where most of the Ghouta's displaced have been gathered.