Aleppines take to the streets calling on Turkey to withdraw from northern Syria, SANA reports 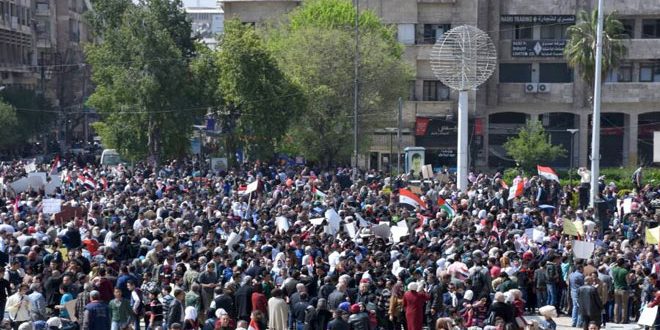 Citizens in Aleppo held a protest on Tuesday in rejection of the Turkish assault on Afrin city and the blatant U.S. interference in the internal affairs of Syria.

They also said that what Turkey, backed by U.S. and Western countries, is doing constitutes an attack on Syria’s sovereignty and a flagrant challenge to all international norms and laws, expressing their confidence that the Turkish regime and its mercenaries would be defeated by the heroes of the Syrian Arab Army.