Eleven families have escaped Afrin for the northern province during the past two days, SANA reports 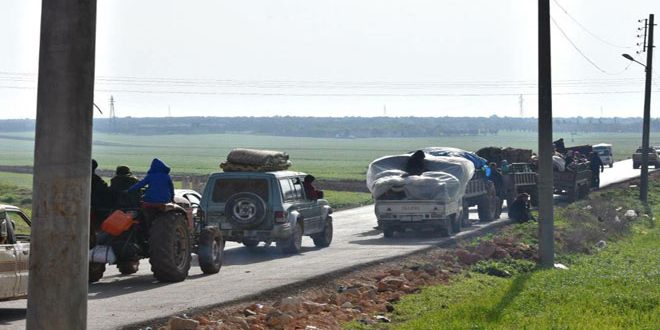 Scores of people from Afrin have reached Hassakeh province, fleeing the aggression of the Turkish regime and the terrorist groups it backs, who stormed the northern city and destroyed its infrastructure and service centers, in addition to stealing the contents of houses and public facilities.

Head of the Social Affairs and Labor Department of the Hassakeh Directorate Issam al-Hussein told SANA that 11 families, which include 50 members and 18 orphaned children, along with their companions, have reached the northeastern province during the past two days, escaping terror of the Turkish regime’s forces.

Hussein clarified that the Al-Qabas Charity has received them and provided residence to them in Al-Qahtania town and the neighboring villages, along with food and health aid, stressing the readiness of the directorate and the charities in the province to receive families from Afrin.