The regime's sights are now trained on the rebels of the Eastern Qalamoun, Zaman al-Wasl reports 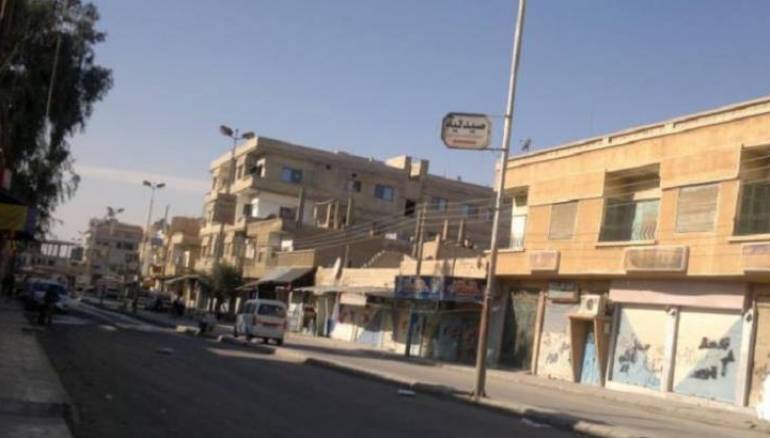 The negotiation committee of Al-Dumayr town in Eastern Qalmoun met with its regime counterpart on Monday as Damascus eyes the eastern territory of the capital to free it of rebel groups, activists told Zaman al-Wasl.

The Al-Dumayr rebels who are involved in the Russian-brokered talks have refused to leave their desert town, asserting their role in fighting the Islamic State (ISIS) in the Badia and along the border with Iraq.

They demand to solve the file of the army’s defectors to avoid any future reprisals as well, as they seek the release of the detainees.

The town of Al-Dumayr enjoys a significant importance for the Assad regime, as many army bases are located around the town besides the interstate highway that connects Damascus with Baghdad and eastern Syria.

The town has been kept out of bombing and military campaigns since the local rebel groups reached an unspoken cease-fire deal with the regime army five years ago.

Rebels of Eastern Qalamoun may face the same fate of their fellows in the Eastern Ghouta, as the regime threatens a ferocious offensive to uproot rebels who decline to accept its three choices.

In the nearby town of Qalamoun, a Russian mediator delivered a letter to the negotiation committee of Al-Naseriyah, urging rebels to lay down arms or agree on the evacuation, otherwise they will face a relentless war.

The meeting in Al-Naseriyah town carried more worries to rebels and residents of the Qalamoun region that lies between Damascus and Homs provinces.

So far, rebels have not expressed readiness to lay down their arms and leave Qalamoun, but the deadly offensive on the Eastern Ghouta that killed 1,600 people was a warning signal to rebels operating around the capital.