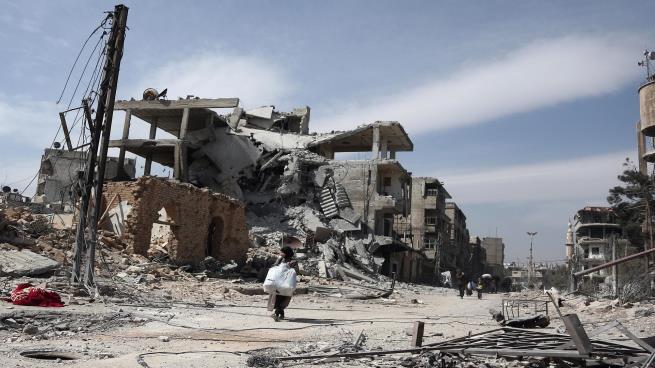 Syrian lawyer and rights activist Michel Shammas said that Decree 10 for the year 2018, which was issued by the Syrian regime's President Bashar al-Assad, “opened the door wide for demographic change and legitimizing the confiscation of the properties of millions of displaced and expelled people.”

Shammas said on his Facebook page that the decree had a basic aim of preventing displaced and refugees from returning to their homes. He called on all Syrians living in countries of refuge and those in contact with the authorities with whom Syrians have taken refuge to inform them of the decree which deprives refugees of their properties and will therefore prevent them from returning to Syria.

The lawyer said that the timing of the decree’s issuance will deprive millions of refugees and displaced from establishing their ownership, as most of them are wanted by security forces, adding, “The decree must be stopped from being implemented now, because a safe and calm environment is required after the return of every refugee and displaced person to their homes and areas is ensured and they are able to exercise their rights.”

Assad issued a decree last Monday which stipulated allowing “for the establishment of one or more organizational zone within the general organizational plans for administrative units by a decree based on the proposal of the minister of local administration and environment and the amendment of some articles of legislative Decree No. 66 for the year 2012.”

According to experts the new decree will allow for new organizational zones to be established in any province the regime government wants, like the Khalaf al-Razi zone in Damascus, or what is known as the Marotta City project.