The fact-finding mission has finally entered the area to investigate the chemical weapons allegations, The Syria Times reports 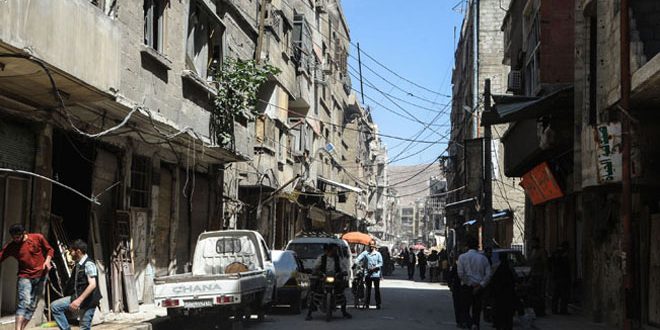 The fact-finding team from the Organization for the Prohibition of Chemical Weapons (OPCW) entered Douma city in the Eastern Ghouta area of the Damascus countryside on Tuesday.

The team’s experts entered Douma city to investigate the claims about the alleged chemical attack which have been promoted by terrorist organizations and their sponsors, particularly the United States, Britain and France.

The team arrived in Damascus earlier upon a request from the Syrian Arab Republic to visit the site of the alleged incident in Douma and investigate the allegations.

The United States, Britain and France had preempted the work of the team and carried out on Saturday a tripartite missile aggression on areas in Damascus and the Homs countryside under the pretext of responding to chemical weapons, an aggression that was repelled by the Syrian Arab Army air defenses, which destroyed most missiles or drove them off-course.