The Russians have given the rebels two days to lay down their arms, Zaman al-Wasl reports 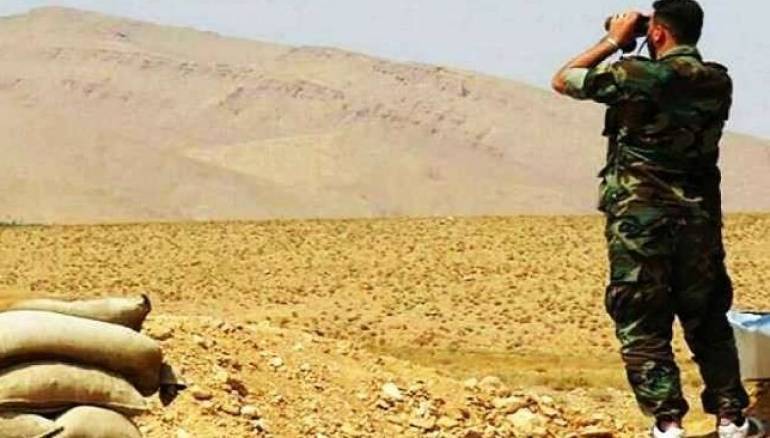 Syrian rebels in Dumayr, east of Damascus, will be evacuated to the town of Jarablus at the Turkish border, after they agreed to lay down their arms and hand the town over to the regime army, local activists said.

The evacuation will begin on Thursday, as the regime forces gave the rebels two days to lay down their arms.

The "surrender deal" in the strategic town followed the fall of the Eastern Ghouta and its capital, Douma.

Such a victory for the Assad regime pushed the nearby towns to follow the same fate, as the seven-year-old war reaches an end amid deep disappointment and sorrow for people who demanded freedom and dignity but found the outcome was absurd.

Rebels of Eastern Qalamoun sought to escape a ferocious offensive like the Gouta’s, which was one that claimed lives of 1,600 people, including 78 in a poison gas attack.

Said Seif, spokesman for Martyr Ahmed al-Abdu Units, said rebels have no other solutions. Rebels seek to protect civilians from the scourge of the war as regime army shows no leniency.

The town of Dumayr enjoys a significant importance for the Syrian regime, as many army bases are located around the town, besides the interstate highway that connects Damascus with Baghdad and eastern Syria.

The town hosts Syria’s historic military base, which once was a home for the military pilot and former President Hafez al-Assad in the 1950s for six years.

According to Dumayr-based activist Marwan al-Qadi, the Russian military police will be deployed in the town.

The deal reached between the negotiations committee and the regime on Sunday will give army defectors a six-month time limit to join their units, and the youth who have escaped conscription must also do their military service.

The committee demanded the file of the army’s defectors be solved as well to avoid any future reprisals, as they seek the release of the detainees.

Rebels of Dumayr played a key role in fighting the Islamic State (ISIS) in the Syrian desert, known as the Badia, and along the border with Iraq.