Military, economic and diplomatic developments were witnessed this weekend 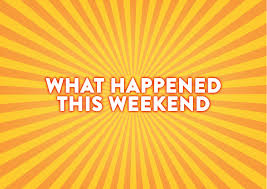 1. Iraqi warplanes are hunting Islamic State (ISIS) fighters beyond Iraq’s border with Syria, Iraqi Prime Minister Haidar al-Abadi said on Sunday. “The Iraqi air force is chasing terrorists and striking them beyond the border to secure the country against their evil and plots,” Abadi said in a statement on the anniversary of the founding of the Iraqi air force. On Thursday, F-16 fighter jets struck locations of the ISIS terrorist group in neighboring Syria, according to an Iraqi official statement. [Source: SMART]

2. Syria and the Republic of Crimea signed on Saturday a cooperation agreement and a letter of intent on cooperation between Syrian and Russian businessmen. The agreement was signed during the activities of the 4th Yalta International Economic Forum (YIEF 2018) by the head of the Republic of Crimea Sergey Aksyonov and Lattakia Governor Ibrahim al-Salem, while the letter of intent was signed by head of the Syrian-Russian Business Council Sameer Hassan and co-chairman of the Delovaya Rossiya organization Andrey Nazarov. [Source: SANA]

3. Rebels started leaving the Eastern Qalamoun region outside the capital on Saturday, regime-run media said, after a new deal was reached between opposition fighters and the Russia-backed regime. The agreement for the Eastern Qalamoun is the latest in a string of deals that have seen rebels and civilians bussed out of former opposition strongholds near Damascus. [Source: Zaman Al Wasl]

4. Efforts to hold a new negotiating session in the northern Homs countryside on Sunday between a military delegation representing the negotiations body for the northern Homs countryside and southern Hama and a Russian delegation from the Hmeimeem base have failed, due to disagreement over the meeting venue. The meeting was scheduled to start on Sunday afternoon, but the Russian delegation refused to enter the negotiating tent near the Grand Mosque, demanding the holding of the meeting in an area under the control of the Syrian regime, while the delegation refused to negotiate. A reporter for SMART, who was at the crossing, said that the area was prohibited for journalists as the meeting drew nearer, as they were prevented from approaching the tent, placing the entrance at the opposite side from their location to prevent them from filming. [Source: SMART]