A note accompanying the child claimed that the mother's financial situation meant she could not care for it, Al-Etihad Press reports 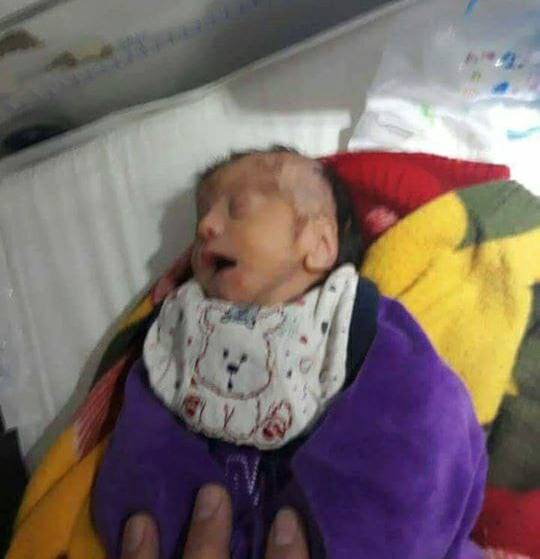 In a new brutal scene caused by the war that has destroyed the Syrian people, exhausted them, sapped their strength and forced them to live in disastrous humanitarian conditions, on Saturday April 21, an infant was found in the street in the Idleb countryside.

The Television Idleb page on Facebook said that the months-old infant was found dumped alongside the pavement in Maraat al-Nouman in the southern Idleb countryside with a paper on his chest reading, “The mother cannot raise the child because of the financial situation.”

According to the source, all the preliminary signs indicate that the child has no caretaker or mother claiming it, and that the mother resorted to this action because of her poverty and her severely negative financial situation.

The sources also suggested a “mistake” or other unknown reasons could be behind the mother leaving her child in the street, adding that the child’s identity was unknown and that it was not known if that family was in the area or had left.

A number of similar cases have occurred in opposition- and regime-controlled areas in Syria, with an infant found in farmland in Maarat al-Nouman without any information a few months ago, as well as similar incidents in regime areas, including the “container child,” who was an infant discovered in a container in Damascus about a year ago and who created a major stir on social media.