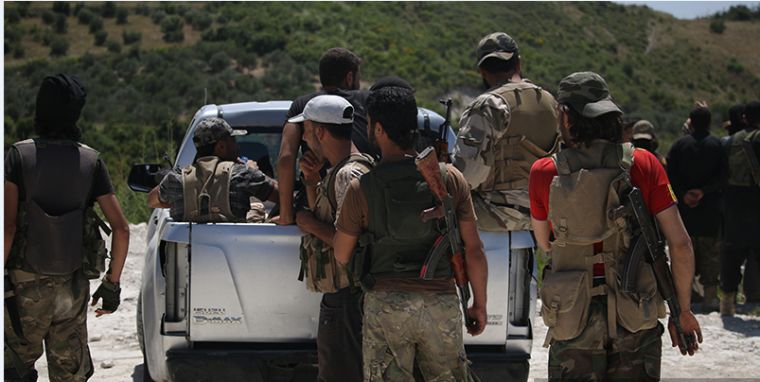 Fear and tension prevailed among Syrian regime supporters in Lattakia province, after more than 15 fighters and officers from regime militias were killed in two separate operations carried out in the Kansaba area and Telat Rashou in the Lattakia countryside.

The assault was claimed by the Syrian Liberation Front in the first attack after the displacement of fighters coming from the Damascus countryside to northern Syria.

The supporters’ fears came from the seriousness of the operation and its high human toll after the series of failed operations carried out by various groups working in the remaining pockets under their control in the northern Lattakia countryside or in Idleb province, which is adjacent to the points where regime militias are present in Lattakia, which did nothing but drop missiles on farmlands without causing any damage.

This operation came as a “serious warning” about the possibility of the front becoming active after it had seen a notable calm since Russian forces took control of the opposition stronghold in Jabal al-Akrad and Jabal al-Turkman in 2016.

The Russians, whose base in Hmeimeem has been subjected to repeated drone attacks, have not issued any statement around the recent rebel attacks, which activists expect to be repeated at a faster rate.

Fingers of blame were directed toward the Russians by loyalists, because of their lack of seriousness in opening the Idleb front to finish off thousands of those they describe as “terrorists” who have gone there with their weapons and light equipment and want revenge against the “children of the coast,” as they put it.