The most populous besieged area in Syria has been under fierce bombardment, Zaman al-Wasl reports 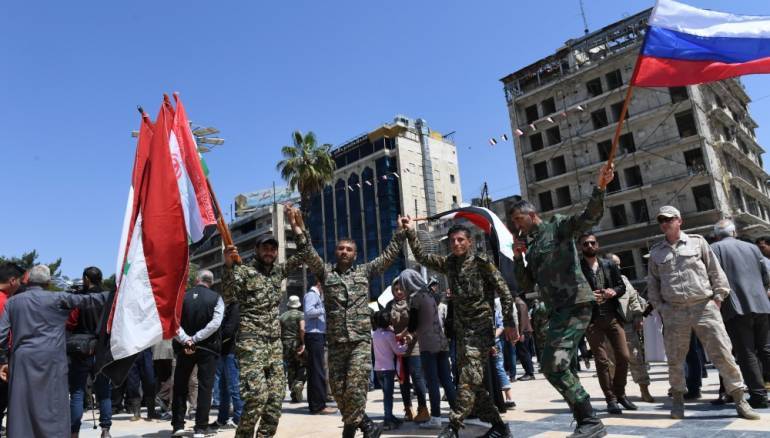 The Syrian air force is depending on three military airports in its aerial offensive on the opposition areas in Homs and Hama provinces.

More than 20 warplanes have been carrying out raids from the well-known desert-based T-4 airport that is run by Iran, Shayrat air base in Homs, the home to the notorious 50th Air Brigade that launched a deadly chemical attack on Khan Sheikhoun town in April 2017, and Hama military airport.

The regime army's assault on the pocket between Homs and Hama – the most populous remaining besieged area in Syria – included both airstrikes and artillery, said the Syrian Observatory for Human Rights, a war monitor.

Reinforcements had arrived in regime-held areas before the bombardment, which targeted Rastan, the biggest town in the pocket, and several nearby villages, the Observatory said.

Meanwhile, the 4th Corps, key rebel group in northern Homs, has refused Russia's surrender deal to give up arms and to head northern Idleb province.

The Russian offer is a similar to the Ghouta and Qalamoun deals. Rebels must lay down their weapons and decide whether to join the regime army or head to the Turkish-held area near the border.

The 4th Corps' commander urged Turkey to take concrete steps to halt the attacks since the northern Homs is a part of the de-escalation zone agreement.