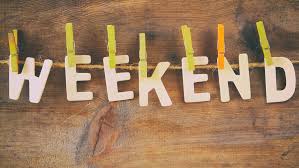 1. Pro-regime media said that 27 members of the "Commandos of Idleb" militias were killed and four others were wounded as a fuel tank slipped and collided with a military truck. The militias were coming from the area around the town of Al-Mayadeen, east of Deir-ez-Zor. Local activists reported that the Salameya-Athriya road has witnessed frequent traffic accidents. [Source: SMART]

2. Activists in the city of Al-Bab in the Aleppo countryside called for a general strike in the city in protest against an attack by a military group on hospital staff in the city Friday night. Dozens of residents and activists in the city held Saturday a sit-in in front of the Free Police station, in protest against the attack on medical staff in Al-Hikmah Hospital by the fighters of the Syrian National Army (affiliated with the opposition Interim Government). The city also witnessed Saturday a general strike in the markets, to protest the actions of the military factions in the city. [Source: Al-Hal]

3. The Asayish forces arrested a Kurdish political leader in Hassakeh and took him to an unknown destination. According to a source from the Kurdish National Council, a Kurdish Asayish forces patrol (of the Self-Administration) arrested Zubayr Musa, the head of the local Kurdish National Council in Hassakeh at his home. A week ago, the Asayish released a member of the General Secretariat, Faisal Yusef, after 26 days of detention, while other leaders, Nemat Daoud and Fadi MareI, remain in detention.

4.  A ministerial committee carried out a tour inspecting the progress of various reconstruction projects in the eastern countryside of Aleppo and the western countryside of Raqqa. The committee visited a plant for manufacturing materials for irrigation equipment, with head of the committee, Public Works and Housing Minister Hussein Arnous, allocating 450 million Syrian pounds for developing the plant. [Source: SANA]