Members also call for attempts to lower prices across the country, SANA reports 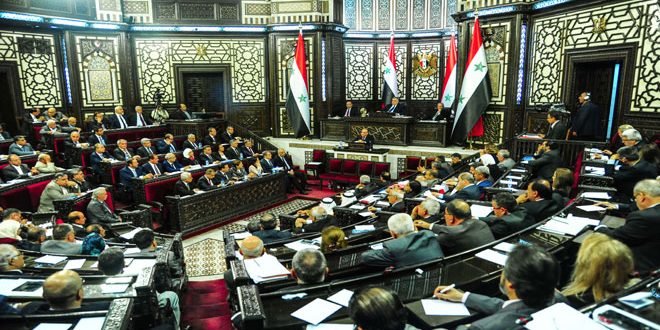 Members of the People’s Assembly called for increasing salaries and wages of state employees and decreasing the taxes on them, as well as putting an end to the rise of prices and speeding up the return of services to the liberated regions.

The assembly held on Monday a session headed by Speaker Hammoudah al-Sabbagh in the presence of Prime Minister Imad Khamis and a number of ministers.

Sabbagh underlined the importance of cooperation between the executive and legislative authorities to meet the needs of citizens, saying that reconstruction process requests mobilizing energies and efforts in light of victories achieved by the army.

Khamis, for his part, affirmed that the government works in two tracks, increasing salaries and decreasing the prices, and this needs a liquid ratio.

He added that the government has taken a number of procedures to increase agriculture, trade and industrial production, and provide job opportunities to all.