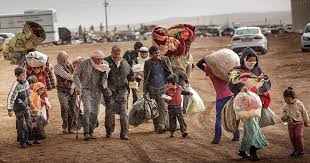 ISIS militants have been holed up there after weeks of intense bombardment on the al-Hajar al-Aswad district and Yarmouk Palestinian refugee camp.

Activists say the regime forces backed by a Palestinian militia made slow gains in Yarmouk Camp on Sunday.

Following the departure of last batch of moderate rebels from the towns of Yalda, Babila and Beit Sahm on Friday, the main aim of regime forces and allied militias was to free Yarmouk camp and al-Hajar al-Aswad. Resistance from the militant groups inside is making this task difficult.