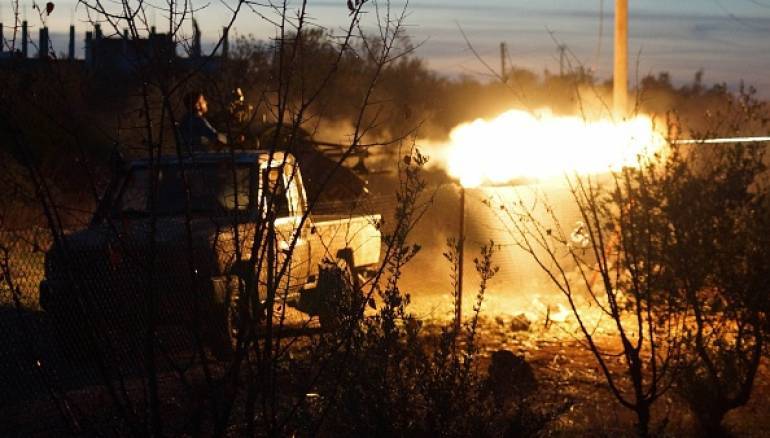 Syrian rebels launched major attack against a branch of ISIS in southern Daraa province after a series of skirmishes in the past few months, activists said Saturday.

Rebels seek to recapture hilltops seized by the Jaysh Khaled Bin Walid group, which controls territory in the Yarmouk Basin, along the border with the Israeli-Occupied Golan Heights. They also sought to break the two year long siege on the town of Hait, activist Abdullah al-Shami told Zaman al-Wasl.

Jaysh Khaled Bin Walid was formed in May 2016, and is an alliance of several jihadist groups, the largest of them the Yarmouk Martyrs Brigade, which was listed by Washington as a terrorist group.

At least 10 members of Jaysh Khaled Bin Walid, along with two women believed to be the wives of fighters, were killed last October in Israeli air strikes on the town of Sahm al-Jolan in the west of Daraa, according to AFP.

The Syrian Observatory for Human Rights said Jaysh Khaled Bin Walid is estimated to have some 1,200 fighters.