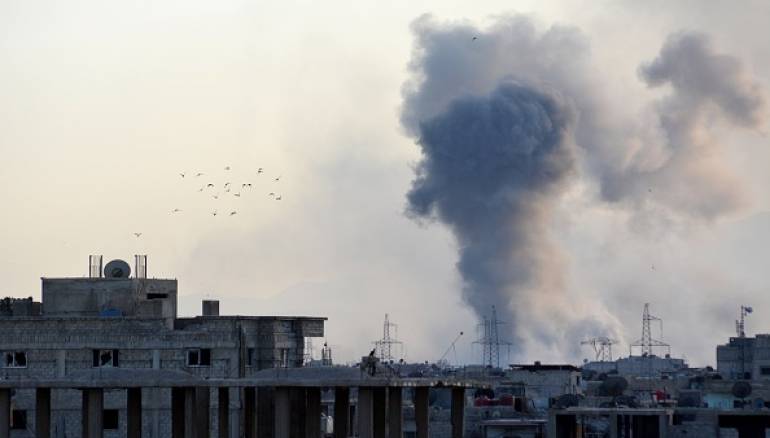 Rescue workers retrieved the bodies of 15 people that were found under mounds of debris in the Yarmouk Palestinian Camp south of the capital, local activists said Wednesday.

Bodies of a mother and her four children were retrieved after heavy slabs of concrete were moved, in the search for corpses trapped underneath.

Yarmouk has been so heavily battered by fighting that it is hard to picture daily life restarting there, the United Nations' Palestine refugee agency (UNRWA) said last week after the regime took full control of the southern neighborhoods of Damascus.

"Yarmouk was once the thriving home of 160,000 Palestinians. Today it lies in ruins, with hardly a house untouched by the conflict," UNRWA spokesman Chris Gunness said.

Fighting over the years had whittled down Yarmouk's population to just hundreds by the time regime's army began its assault last month.

Yarmouk was, for decades, a bustling district where both Palestinians and Syrians lived. It was placed under crippling siege a year after the uprising began in 2011.