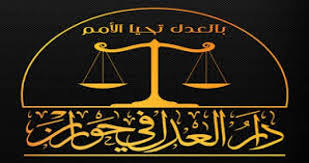 The Dar al-Adel court in Houran in the southern Syrian province of Daraa has issued a law punishing kidnappers.

The Head of the High Judicial Council in the Dar al-Adl, Asmat al-Abbassi, told Smart on Sunday that the law imposes penalties on kidnappers including up to 10 years in prison, depending on the type of crime and method of kidnapping.

Abbassi added that the law includes a provision that would reduce the sentence of suspects who turn themselves in and help arrest kidnapping gang members, adding that there are over 30 people in the province that are wanted for kidnapping.

For his part, Hussein al-Masaid, a military commander in the Jaish Ahrar al-Ashair (Army of Free Tribes), which is part of the Free Syrian Army, said in a voice message obtained by Smart, that the law would allow fighters responsible for pursuing kidnappers to use lethal force if the perpetrators resisted.

Over the last few years, the number of kidnappings for ransom in southern Syria has increased, especially between the areas of Daraa, which is outside regime control, and Suweida, which is under it.