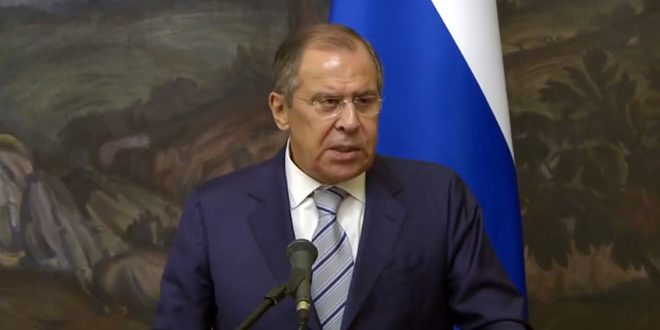 Russian Foreign Minister Sergey Lavrov has said that the information included in UN reports about the situation in Syria relies on committees that have not conducted investigations on the ground.

”We do not trust any information from the UN reports on the situation in Syria because they rely on committees that have not conducted investigations on the ground,” Lavrov told a joint press conference with UN Secretary General Antonio Guterres in Moscow on Thursday.

In turn, Guterres stressed the importance of joint efforts aimed at resolving the crisis in Syria.

He added that work is underway to create suitable conditions for resolving the crisis in Syria and that the UN is in close contact with Russia to preserve the unity of Syrian territories.