While the Islamic State has lost nearly all of the territory that it once held, they still pose a threat in the Syrian desert and on the Syrian-Iraqi border writes Zaman Al Wasl 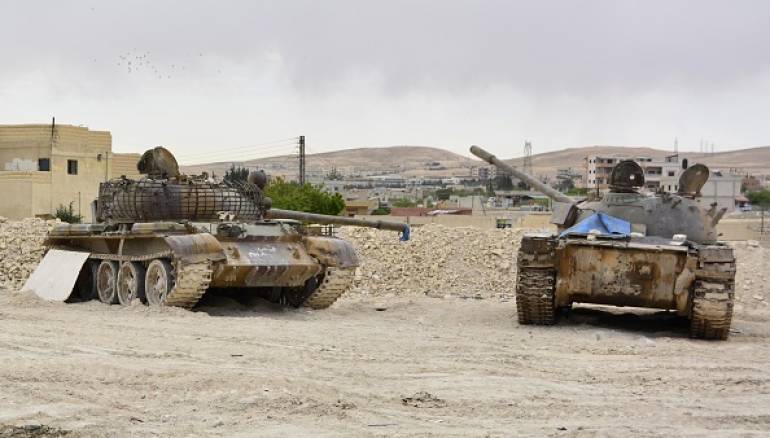 Ahmed Joma'a, a Dumayr-based activist, said the surprise attack by ISIS had targeted a military post near the al-Seen airport near the eastern Qalamoun region.

ISIS still controls ground in the Syrian desert which links the provinces of Suweida, Homs and Damascus.

The attack followed the killing of the son of the leader of ISIS by regime forces in the desert.

The announcement of the death of the Abou Bakr al-Baghdadi's young son appeared on the group's social media accounts late Tuesday. It included a picture of a young boy carrying a rifle and identified him as Huthaifa al-Badri, AP reported.

The statement, dated this month, said he was an elite fighter, known as an "inghimasi," who was killed while fighting Syrian and Russian troops at a power station in the central Homs province. It did not specify when he was killed.

ISIS has been driven from nearly all the territory it once controlled in Syria and Iraq, though it still maintains a presence in the Syrian desert and remote areas along the Syria-Iraq border.

In other developments, the Observatory said late Tuesday that one of the group's last pockets in the eastern Syrian province of Deir ez-Zor came under intense shelling from the US-led coalition. At least 12 militants are believed to have been killed in Hajin, the group said.