Since the assault on Daraa began, between 270,000 and 330,000 people have been displaced writes SANA 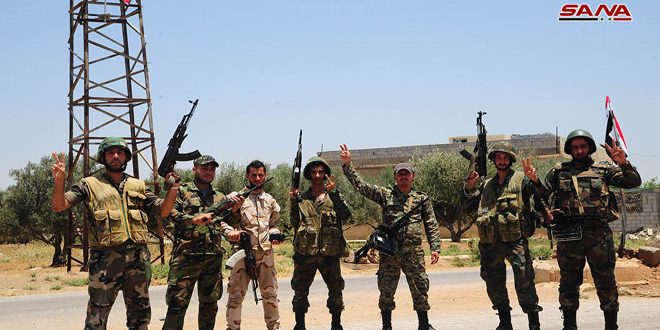 Units of the Syrian Arab Army have tightened the noose around dens and gatherings of terrorists near the Old Customs and the town of Saida on the eastern and south-eastern side of Daraa.

The army’s aim is to see the restoration of security and stability to the eastern countryside of Daraa and to end the terrorist presence there.

A SANA reporter said that the army carried out a series of concentrated military operations against Jabhat al-Nusra terrorists in the Old Customs neighborhood and Saida town to the east of Daraa.

The operations ended up destroying a number of terrorist dens, inflicting them with heavy losses in personnel and equipment.