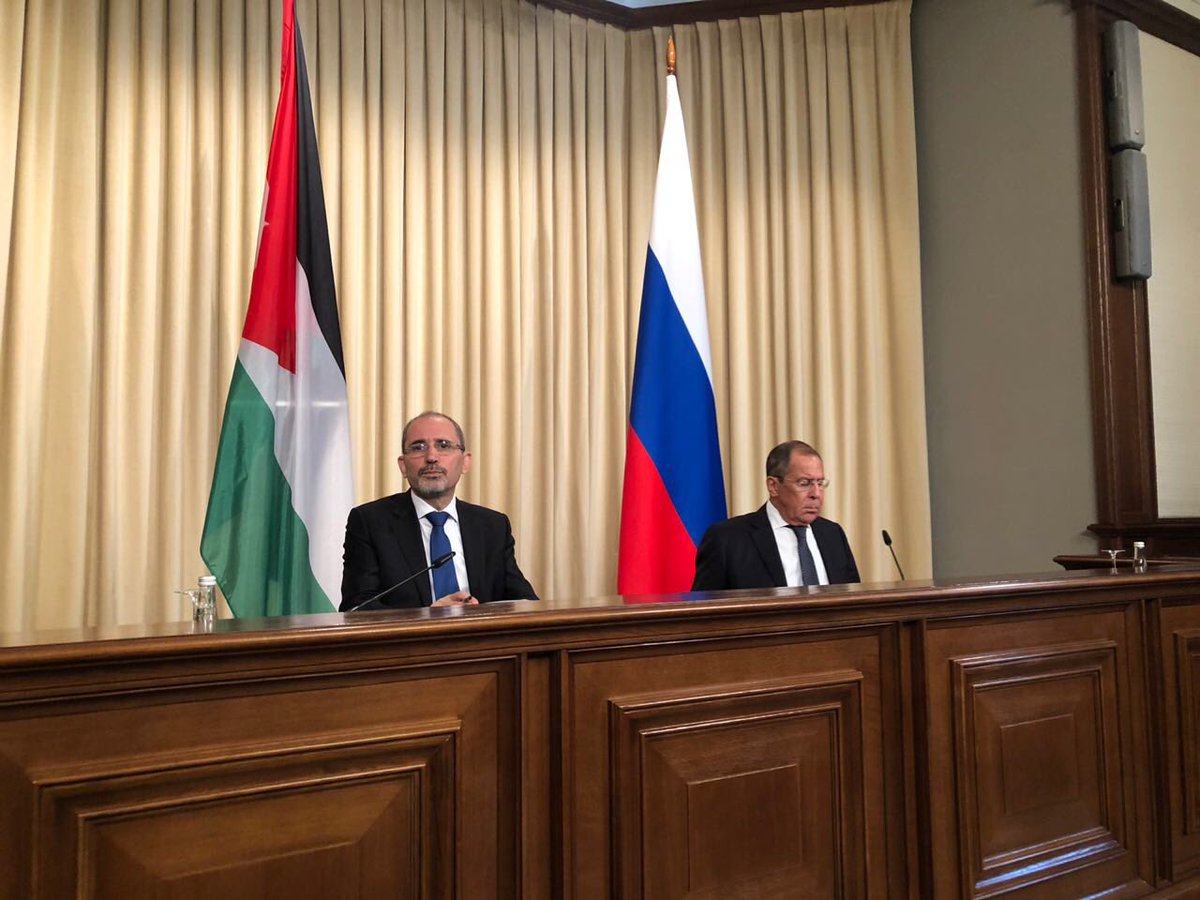 Jordanian Foreign Minister Ayman Safadi said on Wednesday the situation in southern Syria was a cause for serious concern.

The issued needed to be resolved as soon as possible, he stated after meeting his Russian counterpart Sergei Lavrov in Moscow.

Political dialogue and a ceasefire were priorities for southern Syria where he said a humanitarian catastrophe risked unfolding.

The Russian-backed Syrian regime has mounted a campaign to recover southwestern Syria from opposition factions.

Safadi added that dozens of trucks are waiting for permission from Damascus to supply humanitarian aid from Jordan to Syria.

The violence has displaced between 270,000 and 330,000 people, according to the UN, many south to the border with Jordan or west near the Israeli-occupied Golan Heights.

Both countries have kept their borders closed despite mounting calls by rights groups to let Syrians escape to safety.

On Wednesday, Human Rights Watch demanded both Jordan and Israel allow asylum-seekers in.

"The abject refusal by Jordanian authorities to allow asylum seekers to seek protection not only goes against their international legal obligations, but against basic human decency," said HRW's Lama Fakih.

Some displaced families whose hometowns had fallen back under regime control have been returning, but even that journey is dangerous.

Eleven members of a single family were killed overnight in a land mine blast as they returned to Al-Mseifra, which had "reconciled" with the government, the Observatory said Wednesday.

More than 140 civilians have died since the assault began.

World powers have criticized the operation for violating a ceasefire announced last year by Washington, Amman and Moscow, but they have not managed to halt the blitz.

The United Nations Security Council will hold a closed-door emergency meeting on Thursday on the offensive.