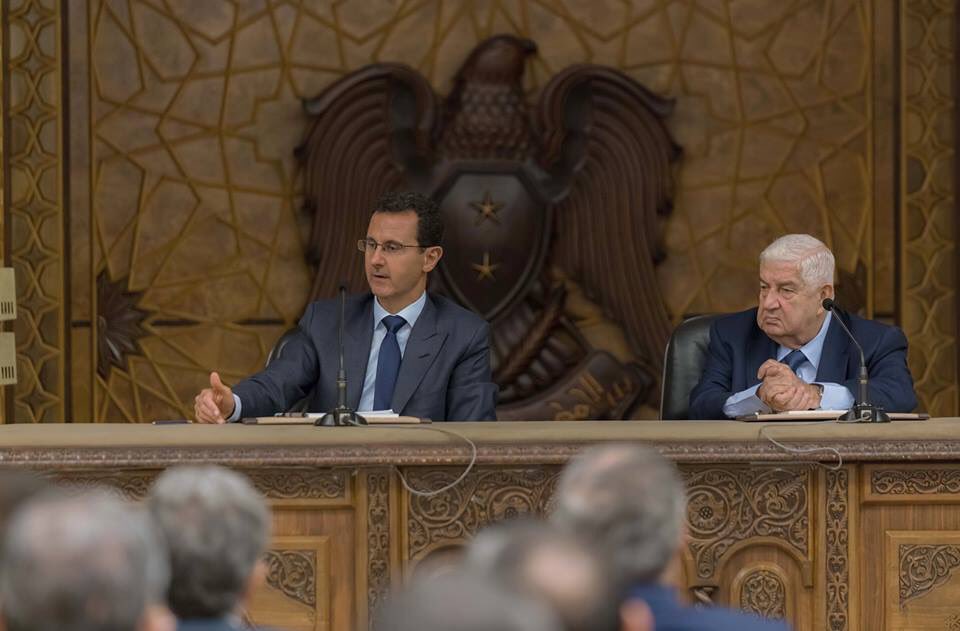 President Bashar Al-Assad has reaffirmed that Syria is determined to liberate all Syrian territories from terrorists and from all occupiers.

In an open discussion with the diplomatic corps at the headquarters of the Ministry of Foreign Affairs and Expatriates, in the presence of Foreign Minister Walid Al-Moallem, President Assad outlined some other priorities in Syria such as, rebuilding support for its continued fight against terrorism, the amendment of laws and legislations to cope with the coming phase, fighting corruption and the bolstering of dialogue among Syrians.

President Assad reiterated that Syria's priority is for the return of the Syrians living abroad who left the country in fear of terrorism and for the reactivation of the political track which is being hindered by some Western States and mainly the US.

"National consensus and agreement is the deciding factor in the adoption of any agreement or any political issue," added President Assad, asserting that such agreement or consensus comes through dialogue at all levels.

President Assad cited the importance of the dialogue among members of the diplomatic corps and the probing and deliberation of any issue be it at the domestic, regional or international level to assert the best outcome in the interest of Syria, its people and government.