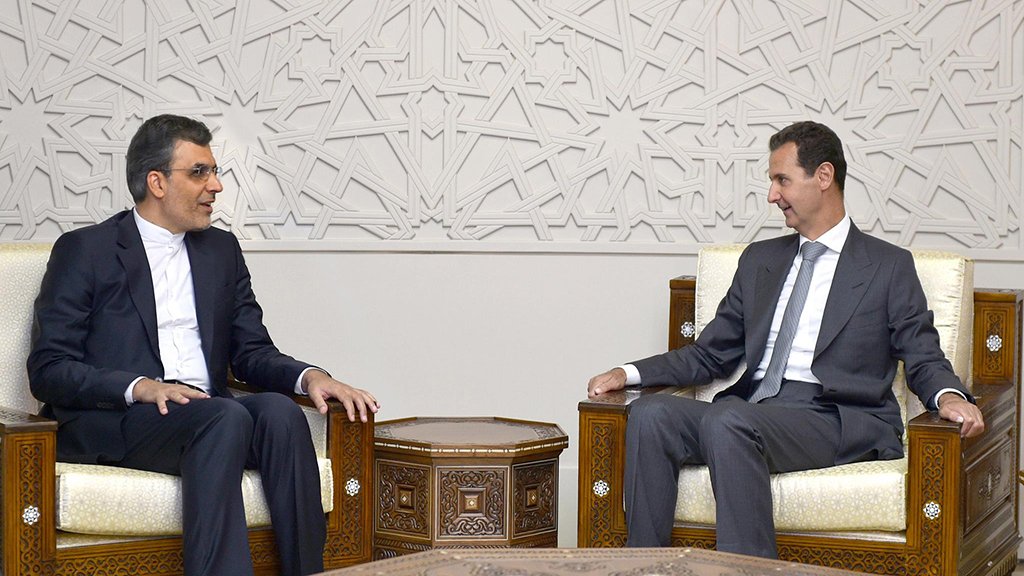 President Assad and Ansari stressed the importance of the strategic relationship between Syria and Iran for the people of both countries and the benefits to the region as a whole.

They agreed to continue working to strengthen this relationship and develop it continuously as it is an important stabilizing factor in the region.

Ansari congratulated Syria’s people and leadership for defeating terrorism in the city of Daraa and its countryside, whether through reconciliations or military operations.

President Assad stressed that these achievements reflect the solid will of the Syrian Arab Army and the allied forces in liberating all Syrian territory from terrorism.

The two sides affirmed that the elimination of terrorism in most of the Syrian territories has allowed for discussions at the political level that would end the war in Syria, but what prevents this are the policies and preconditions set by countries that support terrorism.

At the level of international policy, the two sides emphasized that the policy of exclusivity, adopted by some major countries, constitutes a most serious factor of the destabilization of international peace and security and the more states rejecting this policy, the greater the chances of establishing stability in the world.