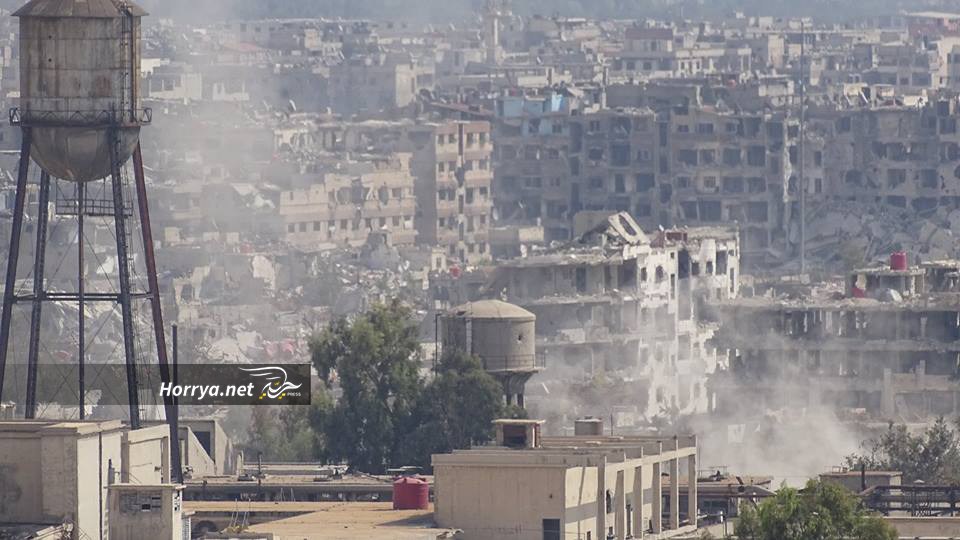 The governorate of Damascus has announced the zoning plans for the Basilia City project south of the ring road.

On Sunday, the governor of Damascus province, Bishr al-Saban, published images, accompanied by a statement on Facebook, of the sites that will follow the zoning projects.

In the statement, issued on Jul. 12, 2018, he said, “the Damascus governorate announces detailed zoning plans no. 102, for south of the southern ring road (Basilia City) and the emergency contingencies.”

According to the statement, the plans are in the lobby of the review office in the province building and the services directorate and with the -President of the District Council in the area.

The statement by the Damascus governorate said that concerned citizens could submit objections to the plans within 30 days of the announcement.

The area of Basilia City is 900 hectares, equal to about nine million square meters, with 4,000 properties. The areas south of the southern ring road include Mezzeh, Kafr Sousa, Qanawat Basteen, Daraya, and Al-Qadam.

The Basilia City project is the second organizational area after the Marouta City project, which was implemented by the governorate in the informal Khalaf al-Razzi and Basatin al-Mezzeh areas, with work by the Damascus governorate and the Damascus Holding Company beginning in 2017. According to the decree, the area southeast of Al-Mezzeh includes the two real estate areas Mezzeh with Kafr Sousa.

Meanwhile, the director of the regime’s Public Corporation for Housing, Suhail Abdel Latif, said there were on-going negotiations with the Russian Stroy Express Middle East company to set up joint investments in places and areas owned by the corporation and set up residential projects on the principle of swift implementation.

During the corporation’s meeting with a delegation from the company, the technical vision presented by the company for the implementation of a residential project in the Qadisiya suburb and in the al-Dimas suburb of the Damascus countryside was studied. The company put forward a number of proposals which the corporation is currently studying.

The Damascus governorate has previously integrated these areas under Law No. 10 which was issued by regime head Bashar al-Assad on Apr.2, 2018, which called for the setting up organizational zones.