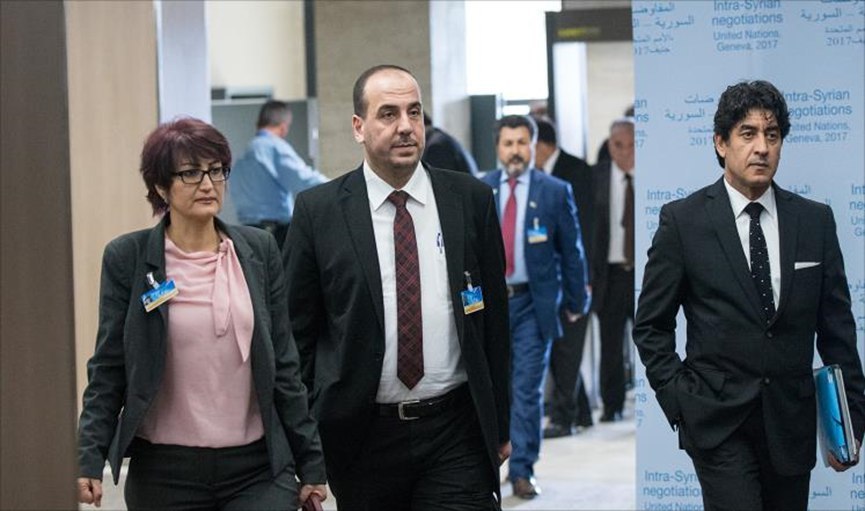 The Negotiations Committee emerging from the Riyadh 2 conference made the release of all Syrian prisoners is a condition to beginning any political solution in the country.

The President of the Committee’s delegation to the Astana format talks, Ahmed Taameh, said in statements seen by Smart that the delegation had informed the United Nations that the regime and the countries backing it must release all prisoners without conditions or exceptions before beginning the political solution or returning refugees.

This came during a press conference before the end of the tenth round of Astana format talks held in the Russian city of Sochi under the sponsorship of Russia, Iran and Turkey and with the attendance of the UN Special Envoy to Syria, Staffan de Mistura.

Taameh added that they were working to stabilize Idleb province in northern Syria using Free Syrian Army groups there and the Turkish guarantor. He said that this round of talks discussed the province’s situation and the continuation of the “de-escalation” zones agreement.

He said that the Syrian constitutional committee’s work would begin in September, adding that the transition to a new constitution would “undermine the foundations of the dictatorial regime.”

Taameh called for the return of Syrian refugees to their country on the condition that this be voluntary and within a secure environment and international guarantees.

On Tuesday, the tenth round of the Astana format negotiations ended with agreements on a number of points, including the continuation of the de-escalation zones agreements in Idleb and for the issue of the prisoners to be discussed.