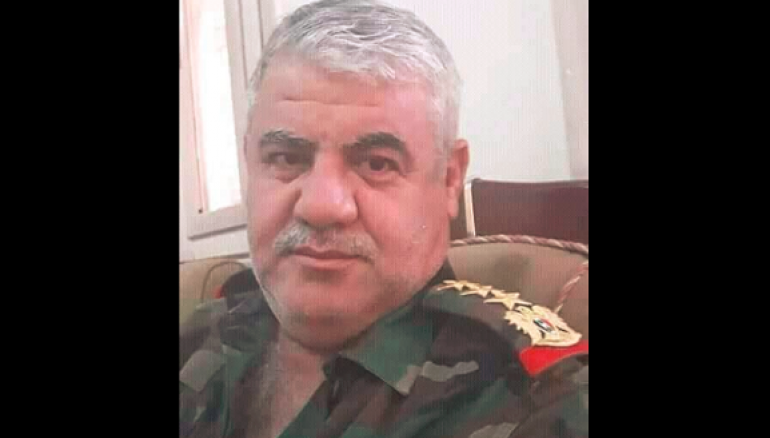 On Tuesday, a senior regime security officer was killed by unknown assailants in the desert town of Dumayr, east of Damascus, local activists said.

General Nadim Kamel Asaad, a security officer at the Dumayr Military Airport, was ambushed along with two Air Force Intelligence officers in the vegetable market in the town center.

The attack came three months after the evacuation of rebels from the town to northern Syria following surrender deals in the eastern Qalamoun region.

A Lieutenant Colonel and a Major were killed in the ambush, local activist Ahmed Joma’a told Zaman al-Wasl.

The slain brigaider Asaad, was famed for his notorious actions at Dumayr airport and being involved in war crimes against civilians.

Dumayr, 30 miles (45 km) east to Damascus, is situated in the on of the last enclaves of Islamic State fighters in Badiyat al-Sham. It's also also surrounded by Syria's most powerful military bases like Dumayr airport and ballistic missile launch facilities.

Alawite-dominated areas are still the main manpower supply for Bashar al-Assad's regime. Posters and statements mourning the loss have been sweeping the streets and social media pages.